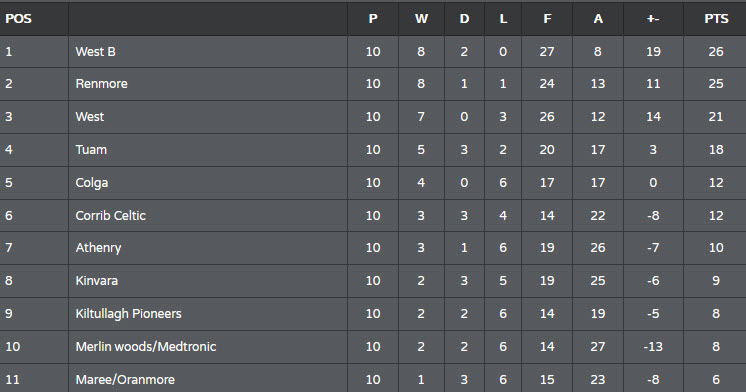 Galway Masters football is now in it’s third year and it provides football for more than 200 players aged 35 and over who would otherwise not be playing, it gives them a reason to keep a bit of fitness and lets them play and socialise with their friends and enjoy the beautiful game.

11 Teams Confirmed as of the deadline on 15th Apr are:

For details of the league or rules contact Ger Ryan 087-9823033 or email info@GalwayOver35s.com